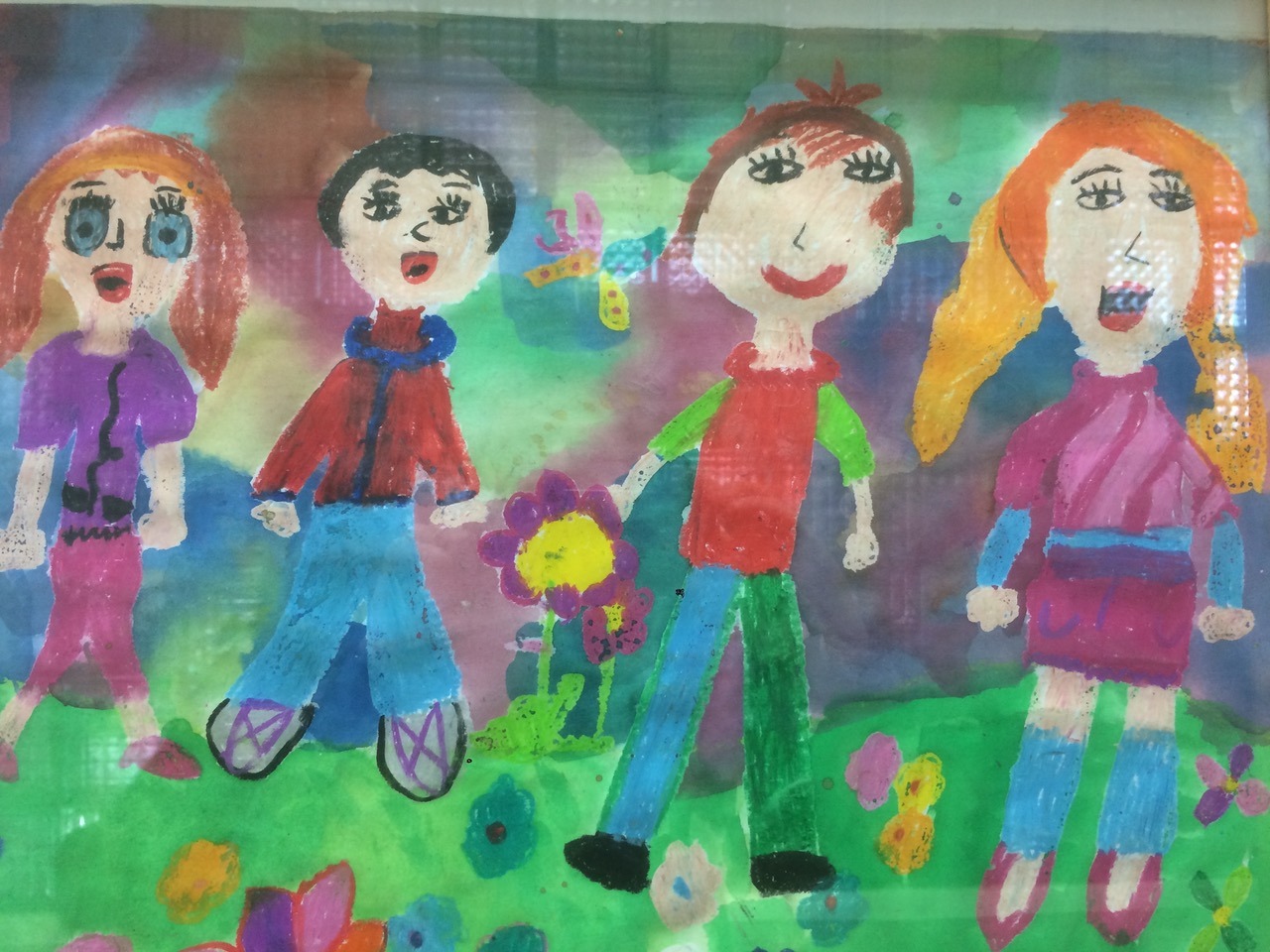 Numerous researchers – foreign, but also Bulgarian – study  family and kin among Roma (Jean-Pierre Liegeois, Alexei Pamporov Ilona Tomova, etc.), including the importance of the family and the kids, celebration of holidays, etc. (https://www.unicef.org/bulgaria/media/1886/file, https://www.academia.edu/6181815/Patterns_of_family_formation_Marriage_and_fertility_timing_in_Bulgaria_at_the_turn_of_the_twenty_first_century_A_case_study_of_Sofia). They all agree that family is very important for Roma. It is central to the Roma community. They observe that even the spatial organization of the Roma neighbourhoods is subordinated to it. Large extended families live in one home. Rooms for married sons are usually attached to the father’s house or new houses are built next to the father’s. Often entire streets or neighbourhoods are inhabited only by relatives.

Our observations in the Stolipinovo neighbourhood in Plovdiv confirm the conclusions already made by the researchers. The family and the kin are valuable because their members help each other, both in everyday life and in other problems, including institutional. It is noticed that Roma with the same surname live in close proximity to each other. For example, the Metodievi family lives on Varvara Street, the Nedyalkovi family lives on Chaya Street, the Stankovi family lives on Videlina Street, and so on. If an outsider for the neighborhood asks where the “Donchevi” live, for example, the majority of Roma will be able to orient him/her in space. Kin affiliation is a way of acknowledgment and recognition within the community. It is important both for the relations in the community and for the place of residence of a whole kin. When kins gather, it is noticed that usually the woman is the one who moves to the man’s kin, not vice versa. Several kins can live in one common house, and if not – live very close to each other – in the same yard of the house or in a separate, but certainly close. The family and the kin, as socially significant, became also symbolically significant for the Roma, to a large extent, determining their identity. Roma are recognized through the family and the kin and others also recognize them through them.

Roma rarely enter into civil marriage, which is the only legitimate one for the Republic of Bulgaria. When they enter into a civil marriage, they share as the main reason “going abroad” in order to “receive social” benefits. They enter into an alliance according to their own traditions and customs. Their weddings are usually lavish, stormy, noisy, prolonged (between 3 and 5 days depending on the wealth of the families), include many people from the community. They are celebrated both in the neighbourhood and in a restaurant. The stereotypes about Romani people in Bulgaria are that many of them marry at an early age – between 14 and 16 years. This age varies among different Roma groups, but is usually under 18 (when one person is considered an adult in the Republic of Bulgaria). The survey’s results in the last years in Bulgaria show that the average age of marriages is increasing over 18+. It is preferred for the bride to be a virgin, to have physical beauty, to be respectable.

The bride has several dresses in different colors – blue, pink, white. Every day of the wedding she is in a different dress. The close relatives of the newlyweds dress lavishly and colorfully like them, while the distant relatives show more modest clothing. The presence of musicians is mandatory.

The first day of the wedding is celebrated in “neighborhood”, and the second and third day, in addition is also celebrated in a restaurant (in the evening). The first night in the restaurant is usually for the relatives of the groom, and the second – for the bride. However, this is not observed among all and both dinners in the restaurant are attended by relatives and friends on both sides. The restaurant is usually located in the neighborhood where the wedding is celebrated. On the third night, the gifts are given to the newlyweds. It is noteworthy that the relatives of the newlyweds make bigger gifts and give larger sums of money. More distant relatives and friends give more modest gifts. For comparison, for example, the groom’s parents can give a car as a gift. There is a notebook in which it is written who gave what and at what value, because it is expected that at the wedding of the ones that give now should be given as much as he/she gave or more, but not less. In the “mahala”, as the Roma call it, the street where will be the wedding should be decorated, and for the newlyweds there is a specially adapted tent, which is also decorated. The so-called “Turkish Roma” have the “henna” ritual, which is also performed on the third day of the wedding. As a ritual it means a purification with water. The roots of this custom can be traced back to ancient Indian practices (henna). Since we are talking about “Turkish” Roma, there is a recognition of the Muslim wedding ritual. It is noteworthy that Roma usually do not They can not explain why it should be “henna” for example, but know that it should be done and the practice it. The women at a wedding, unlike men, should not drink alcohol until the fifth day inclusive.

If a Roma woman “divorces” and has no children from the “marriage” or has only one child and it is small, there is a possibility to “marry” a second time, but when there are several children from the marriage it is not accepted to “marry” again. However, when a man and a woman appear together in public and on holidays, it is clear to the community that they are a “family”, although they have not married according to their traditions.