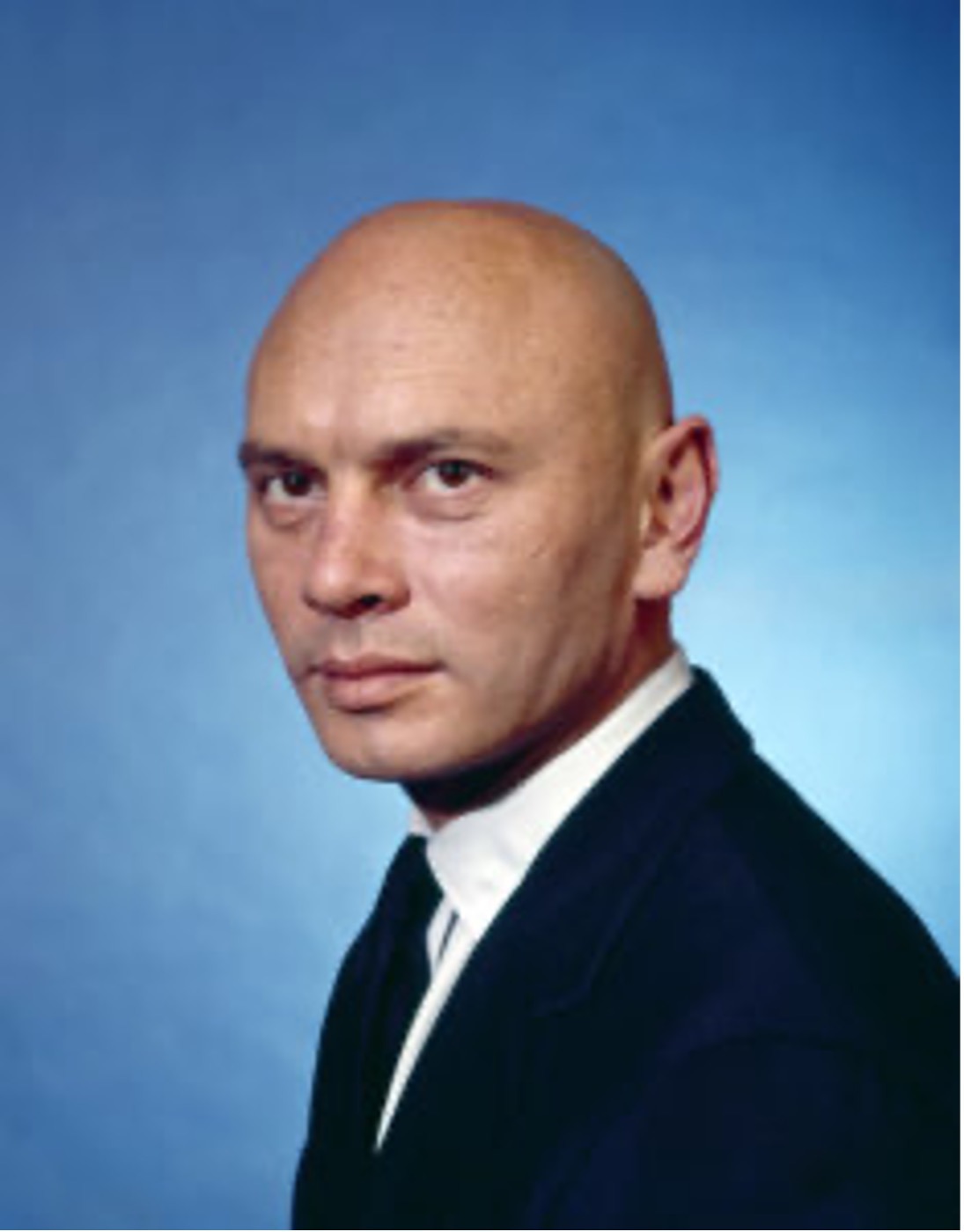 Yul Brynner was a theater actor, film and television producer. His roles, lightning success and public acclaim led critics to call him “the king of Hollywood.”

About the origin and place of birth, the actor left room for interpretations, given its inconsistency in declaring his place of birth or his origin. The favorite variant of the actor was that he was born in Sakhalin (Russia), his father, he says, being Mongol, and his mother came from a Roma family in Romania.

Sensing the approach of the war between China and Japan, his mother takes the two children and goes to Paris, France. Brynner begins singing ballads, Russian songs and traditional Roma songs in Russian nightclubs, along with his sister, Vera. In 1940, Yul Brynner emigrated with his mother to the United States, where his sister is already. During the war, he worked on the radio, being the one to broadcast war information in French.

He has known success since his debut in 1941, on stage, in the comedy “The Twelfth Night” by William Shakespeare. He then starred in numerous theatrical productions, being cast, in 1946, in the lead role in the theater show “Lute Song”. Brynner will be noticed by important people in the film industry, thus opening a new page in the artist’s career, with his debut in the film “Port of New York” (1949), in which he plays the role of a trafficker. Throughout his career, Brynner has starred in over 50 films, garnering critical acclaim, as well as audiences.

In 1967, he released the music album “The Gypsy and I: Yul Brynner Sings Gypsy Songs”. His membership in Roma culture has been constant throughout his life, publicly expressed by Yul Brynner himself, who in 1977 became honorary president of the international Roma organization “Romani UNIA”, a status he will hold until the end of his life.