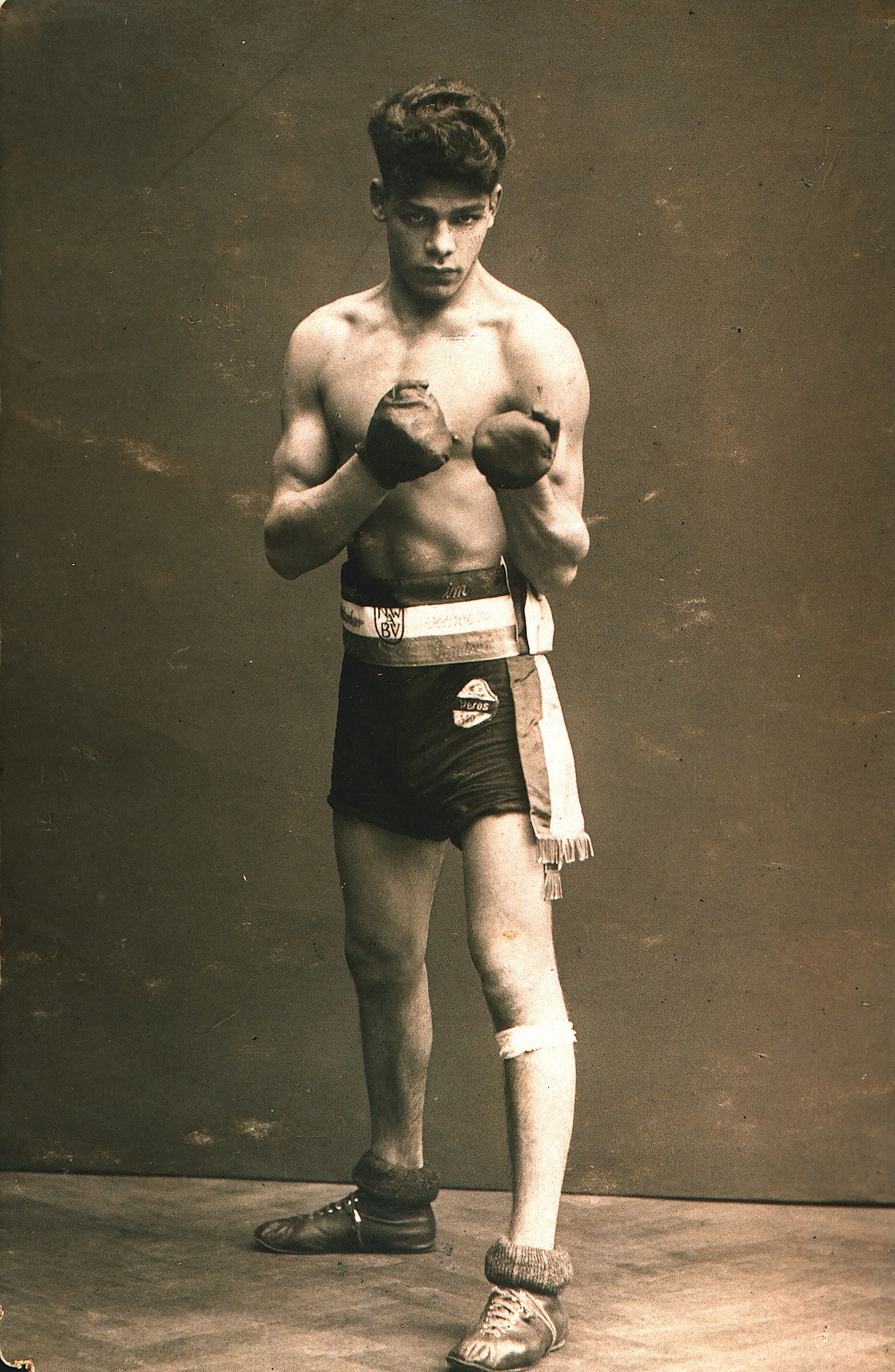 Born in Hanover in 1907, Trollmann was one of eleven members of a Shiite Roma family in Germany. From the age of eight he began training at the “Hannover Heroes” boxing clubs and then at the “Sparta Hannover-Linden”. Among the Roma, Johann Trollmann was known as “Rukeli”, a name derived from the word “ruk” which in Roman means “tree”, because it seemed that nothing could lie on the ground.

At the age of 21, Trollman was one of the best semi-heavyweight boxers, so he had the best chance of representing Germany at the 1928 Olympics. German officials flatly refused to participate because he had a “non-German” style. . This decision would be the first in a series of confrontations between the athlete and the Nazi system and the policy of racial cleansing. Trollmann continues his training by switching to professional boxing, which brings him to the attention of the public, becoming very well known and loved by spectators. His training with passion and tenacity made him invincible in the 32 matches played during 1932. Trollman fought admirably in the ring, but the Nazi ideology could not accept to be represented by an athlete with the profile of Trollmann, therefore alarmed by his popularity as well as the increase of his share in the box office, the fascist media starts to denigrate him and label him as “the gypsy in the ring”.

In 1933, the title in the semi-heavyweight category remained vacant. Decision-makers have decided to put Trollmann back on the field. Trollmann decides to fight in this match and enters the contest to win the belt, and will face Adolf Witt on June 9, 1933. Witt was the favorite, especially among members of the new and powerful National Socialist Party. It was more than a boxing match, Nazi propaganda turned it into a political match in which Witt had to demonstrate the superiority of the German race, playing the role of the victorious Aryan. After five rounds in which he dominated his opponent by points, in the sixth round, a member of Hitler’s party ordered the fight to be stopped abruptly, the jury announcing that there was no winner or loser, the deliberation being: “no decision”.

Frightened by the uproar created by the crowd of fans, Trollmann’s supporters who had invaded the playing field and fought violently against the jury, the unjust situation created against Trollman’s obvious superiority in the ring, the authorities revoked the initial decision, being forced to declare him champion. Witnesses present spoke about this disturbing moment in which the audience chanted Trollman’s name for minutes on end, while the athlete sat in tears in the ring.

Trollman’s winning of the title would forever seal his destiny. Hitler, an admirer of boxing, was disturbed because the match was to demonstrate the supremacy of the German race, which could not be defeated, especially by Jews and Gypsies, races which he considered inferior and which had to be eliminated. The newly formed German Boxing Association, led by Nazi Georg Radamm, considered Trollman’s boxing style to be “non-German,” so he was stripped of his title within a week. His belt was removed for what the authorities claimed to be “shameful behavior” and “bad boxing”. The athlete’s participation in competitions was conditioned by the change of the style of play: “not to dance like a gypsy”.

Consolidating its power over the sport, the new regime threatened to withdraw the license from Trollmann. Forced to completely change his fighting technique, Trollman understood that they wanted him to be defeated, humiliated in public, because he was not part of the “appropriate” German style. However, on July 21, 1933, he agreed to face the famous fighter Gustav Eder, but before entering the ring, he dyed his hair blond and covered his face with flour to “whiten” himself. Trollman, threatened with losing his license if he did not give up his style of play, lost the match, but made a brave show, defying the Nazi system. It was Trollman’s last match in German professional boxing. In 1935, his boxing license was permanently revoked.

With the exercise of the authority of the Nazi regime, the Sinti were given a status similar to that of the Jews by prohibiting civil rights, sterilization, deportation to labor camps.Johann Trollman was forced to choose sterilization and divorce his non-Sinti wife, Olga Bilda, in the hope that he would protect her and their daughter, Rita

After a period in a labor camp, in 1939 he enlisted in the army fighting on the front from where he was sent back to Germany, being wounded. In 1942 he was deprived of his rights as a soldier on racial grounds, and returned to his hometown of Hanover, where he was captured, arrested and transported to the KZ Neuengamme concentration camp in Hamburg.

Recognized by an SS boxing referee who ordered him to train German soldiers despite the long days of excruciating work and the athlete’s fragile condition, Trollmann was now a shadow of what he had once been.

In 1943 he was transported to another camp in Wittenberge. Recognized by the Nazis, he was forced to fight a Kapo SS in the camp, Emil Cornelius, and despite years of starvation and brutal treatment, Trollmann won the fight.

It was to be Rukeli’s last demonstration as a fighter. In an act of revenge, Cornelius killed Trollmann the next day, March 9, 1944, in front of other detainees while they were being taken out to forced labor. One of his brothers, Henry, had also been killed four months earlier in Auschwitz.

For decades after the end of the war, his relatives fought for the recognition of Johann Trollman’s sporting merits. Thus, seventy years after winning the title, the German Professional Boxing Association handed over to his daughter, Rita Vowe and his older nephew, Manuel Trollmann, Johann Trollman’s champion belt, being posthumously officially recognized German champion in the semi-heavyweight category.

In the summer of 2011, a monument in memory of Johann Rukeli Trollmann was exhibited in Hanover and Berlin. The whole assembly is an inclined boxing ring with one of the corners sunk into the ground. The memorial was called “Memorial 9841”, 9841 being the number of the prisoner Johann Trollman.