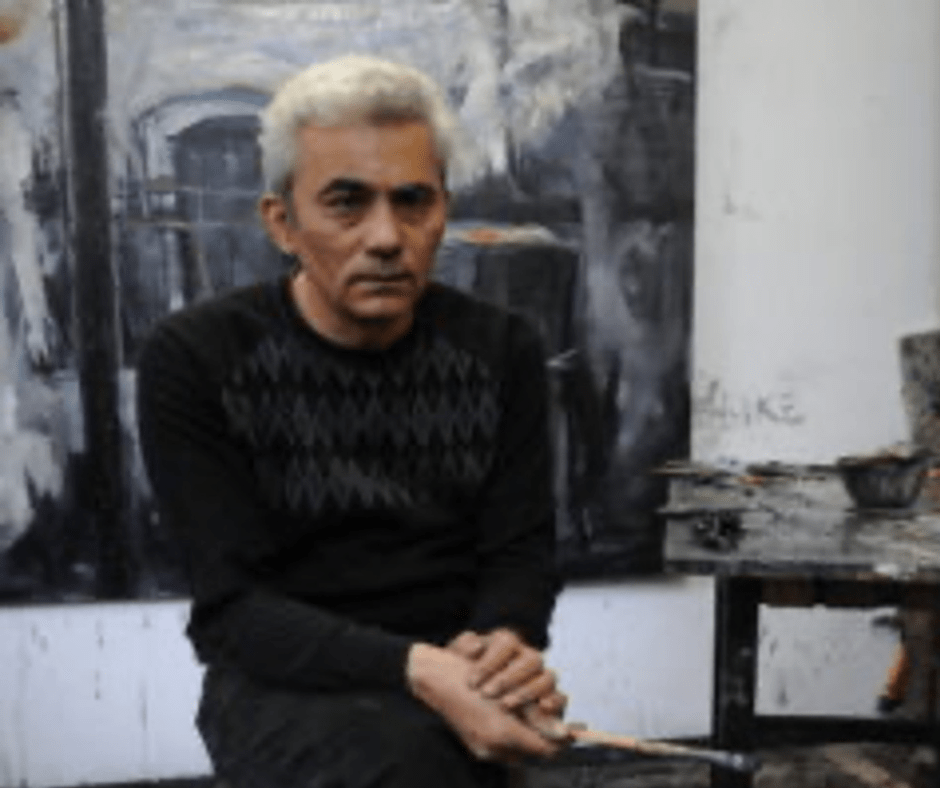 Born in 1961 in Bucharest, Eugen Raportoru is a Romanian painter of Roma ethnicity. With a vocation for painting declared since childhood, he cultivated his talent at the High School of Fine Arts “Nicolae Tonitza”, under the guidance of master Ion Brodeală, who introduced him to the art of stained glass.

His first exhibition took place at the Grivița cinema, at the age of 14. He attended bachelor’s and master’s courses at the National University of Arts in Bucharest, painting section. In 2011 he won the Prize for Painting awarded by the Union of Visual Artists in Romania.

But its success extended beyond Romania’s borders. With a record of over 20 exhibitions, Eugen Raportoru is the only Romanian artist of Roma origin who has exhibited his works in London, at the Royal Academy of Arts and the Romanian Cultural Institute, but also at the Vatican, under the auspices of UNESCO.